This is one of my favorite Coldplay songs. The way I interpret this song is that God is speaking to us, saying, “You belong with me, not swallowed in the sea.”  Other parts of the song are sung from our point of view, “You cut me down to size, and opened up my eyes, made me realize what I could not see.” What are the things that are swallowing us? What things are preventing us from being with God? 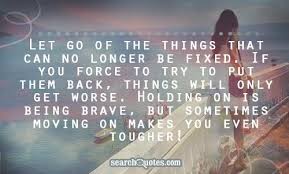 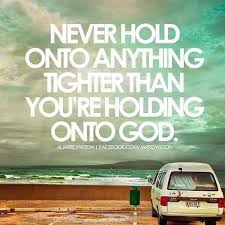 The following is a paper I wrote for my educational portfolio. It deals with what I believe are some important concepts for teachers to include in their teaching philosophy, and centers on a student I have previously worked with.

I did my service learning at the Hawaii Baptist Academy (HBA) elementary campus, where I led various groups of children in grades K-6 in the after school enrichment program (ASEP). I also had the opportunity to observe a 6th grade science class taught by Mrs. Tracy Morihara, as well as a 2nd grade computers class taught by Miss Rachel Kaneshiro. These experiences provided some great opportunities to describe, analyze, and evaluate events that connect to students’ places, lives, and cultures.

I noticed in Mrs. Morihara’s classroom a bulletin board containing nature photographs and poems. She had assigned each student to choose a photograph (or take one themselves) of a nature scene of their choice. Many had chosen gingers, hibiscus, mango trees, or other Hawaiian flora. They then had to compose a poem about the scene. Many chose to write about how beautiful the plant was, and how thankful they were that God made it. They also wrote about how the scene made them feel. This struck me as a great way of teaching students ‘Ike Honua – the value of place, by taking into consideration students’ cultural situation by getting them to think about the world around them. The assignment also assessed the students’ literacy skills via creative writing.

At one point I was placed in charge of a group of 2nd graders during ASEP. There was a girl in my group who we’ll refer to as “Bella.” Bella was a quiet girl; she didn’t say much. She was distant, and didn’t seem to be close to any of the other students. She often sat alone on the playground while everyone else played. I and my coworkers would try to get her involved with the other students, but she was reluctant, and chose to sit by herself. But perhaps the thing that stood out most about Bella was her race – she was the only black student in the group. Furthermore, she was one of (if not the only) black student in the entire elementary portion of the school. (Perhaps there are others, but she is the only black student I’ve ever seen there.)

At one point during the school year, Bella was placed on behavioral probation. Many of the other students complained about her, saying she was being mean, or misbehaving in other ways. She had been fighting with other students, and her teacher considered her attitude to be in need of improvement. From what I gather, I believe she was also falling behind in her grades. Following HBA’s policy, I’m sure her teachers met with her and her parents. The school councilor, the vice principal, and perhaps even the principal also likely met with them. As her ASEP leader, I treated her the same way I treat all of the other students: with care and attention, but also with discipline when necessary. Eventually she passed the probation period successfully, and the evaluators deemed her attitude to be sufficiently improved.

As the semester wore on, Bella grew clingy to me. She began coming up to me every day, hugging me, trying to hold my hand, and telling me she loved me. While this was cute and all, it did cause me some concern. While many of the students showed obvious signs that they liked having me as their ASEP leader, Bella’s behavior was different in the sense that she was more clingy and excessive about it than the others, and I viewed this as an unhealthy form of attachment. I believe she did this because she lacked strong friendships with any of her peers and saw me as someone who was caring and willing to be close to her. I am always honored and humbled when students like me, but ultimately what I want most is for the students to live healthy and happy lives, and to continue to grow into successful individuals. I did my best to mentor her and help her in any way I could for the remainder of the semester.

How much does Bella’s race play into this? Perhaps it is a factor. Being the only black student is probably an awkward situation to be in. But I think the bigger factor is her social background. This is just an assumption, as I don’t know her parents very well, but judging from her behavior, I’ve got to believe that her relationship with her parents is not the best. The way she clung to me and ostracized herself from others indicates that she is likely not getting enough attention at home.

I think the faculty, my coworkers, and I all did our parts to reach out to her, and help her in whatever ways we could. I think she made some improvement, but there is much to be desired. I hope that some day she is able to make close friends and be apart of groups she feels she fits in with. I continue to pray for her.

As teachers, we may not always know the exact cause of a problem, and even if we did know it, we wouldn’t always be able to do much about it. However, what we can do is empathize with the students, show that we genuinely care about their well-being, be willing to listen and talk with them, and make appropriate adjustments to their academic life that may help them deal with the issues they are going through outside of school. We may not be able to control what happens to them outside of school, but we can greatly influence what happens to them inside the classroom. In that way, we just might end up making a significant impact on students lives, and in doing so, help create a positive change in the world, which is what I believe teaching is truly about.

There’s something called Maslow’s Hierarchy of Needs. We had to study it in school. Here it is:

According to Maslow, this pyramid shows the order of which humans need things. For example, at the base of the pyramid are our physiological needs. According to Maslow, we first need food, water, and air before we need anything else. Essentially, he’s saying that those things are, in effect, the most important, the most basic of our needs. Once those needs are met, we move on to our safety needs, which are for protection, shelter, clothes, and security. Once the safety needs are met, we move up the pyramid and require social needs (according to Maslow.) Under this section are our needs for friendship, family, and a sense of belonging. Moving further up the pyramid are our needs for social status and achievements, and finally, at the very top, the very last thing we need (according to Maslow) is self-actualization. Things like God, spiritual, and universal things fall into this category.

But I don’t think so. I think it’s actually reversed. I think the thing we need first and foremost is God. Our Father in Heaven provides everything else we need in life. “The Lord is my shepherd; I shall not want.”

Besides, only one thing is needed. …Which brings me to the second half of my post.

There’s a famous song by Leann Rimes called “How Do I Live Without You?” I’m sure you’ve heard it on the radio. When I hear this song, I think of God. Because really, how do I live with Him? If he ever leaves, he would take away everything good in my life.

So how about you? What would you say are you “needs?”

This song is really good. Unfortunately, it’s not in stereo; it’s in mono. However, the singer (Aled Jones) gives such a great rendition of O Come O Come Emanuel, that I had to post it, even if it’s in mono.