An interesting article from Sports Illustrated about lead off hitters, and the changing nature of the game.

GOODYEAR, Ariz. — Despite winning 97 games and their second NL Central title in three years last season, the Reds had one glaring weakness of historic proportions.

In an otherwise wildly successful season, Cincinnati’s leadoff hitters collectively had a .254 on-base percentage, which was not only the worst rate in the majors in 2012 but also the worst since the Blue Jays had a .238 OBP in the strike-shortened 1981 season.

Seven players started games atop the Reds’ lineup, and not one had an OBP over .300 in that spot. That prompted an offseason trade for Indians rightfielder Shin-Soo Choo — he of the .381 career on-base percentage and 83 innings of big league experience in centerfield — whom Cincinnati plans to install as its everyday centerfielder.

“Especially with this team, which has a tremendous lineup, my job is to get on base,” Choo said.

Doing that has never been so challenging for leadoff hitters across the majors. Indeed, the Reds were not alone in having problems atop the lineup — their woes were simply the most extreme and their offseason solution may have been the best.

“I’ve been saying that for years,” Reds manager Dusty Baker said. Now that the Steroid Era is winding down, he added, “They’re going to have to go back to [the] baseball of before: speed and finesse, hitting versus slugging and less strikeouts, hopefully. A lot of guys that can hit can’t run, and a lot of guys that can run can’t get on base to run.”

What’s remarkable about the down numbers from leadoff hitters across baseball last season is that they were so low even with rookie Mike Trout doing his damage atop the Angels’ lineup and two other premium young talents in the Tigers’ Austin Jackson and the Rockies’ Dexter Fowler breaking out in a big way.

Leadoff hitters weren’t failing to reach base last year because of impatience. They averaged 3.86 pitches per plate appearance, the second-highest number since 1988, which was the first year with available data in Stats LLC’s Stats Pass. The issue is how many at bats ended in a strikeout: No. 1 hitters whiffed once every 5.78 plate appearances in 2012, which greatly outpaced the second-worst rate of 6.24 in ’11.

“That’s really the hardest role to find, I think, in the game today — a prototypical, true leadoff guy,” Diamondbacks general manager Kevin Towers said. “There just aren’t many of them out there anymore. We probably have been asked about [Adam Eaton] in trades more than [Justin] Upton or anybody over the last year.”

Admittedly, Eaton, a rookie centerfielder, was also a more desirable trade target because he would be far less costly both in terms of player talent and in salary: he made the major league minimum last year, while Upton, who was traded to the Braves last month in a seven-player deal, is owed more than $38 million. Nevertheless, Eaton also has “game-changing speed,” according to Towers, who noted that his 24-year-old outfielder has “got enough power that he can be dangerous at times, but the outfield is going to have to be on their toes. He’s going to take the extra base if they don’t field it cleanly.”

Arizona ranked 14th in the majors in leadoff OBP last year, a ranking that figures to improve this season if Eaton continues at the pace he set for himself last year in the minors — a .355 average and .456 OBP in three seasons across four levels. In a late-season cameo in the big leagues, he hit .259 with a .382 OBP in 103 plate appearances.

Choo doesn’t have the same speed as Eaton, but he has stolen at least 21 bases in three of the last four seasons. Leadoff hitters across baseball stole 815 bases last year, which was down from 953 in ’11 and ranked 28th in the 35 seasons since 1978.

“On-base percentage is good, [but it’s] a lot better if you can run,” Baker said. “If not, you end up just putting the pitcher in stretch, which is good too, but you’ve got to have somebody drive you in after you get on base.”

Having a man on base opens up holes where infielders are holding him on base and puts pressure on pitchers working from the stretch. Last season pitchers allowed a .249/.308/.398 batting line when no one was on base, but a .262/.333/.415 line with runners on.

“On-base percentage is good, [but it’s] a lot better if you can run,” Baker said. “If not, you end up just putting the pitcher in the stretch, which is good too, but you’ve got to have somebody drive you in after you get on base.”

Baker’s lineups aren’t always optimized with strong on-base skills at the top of the lineup — critiquing his lineups seems to be common practice in Cincinnati — but last season’s woes weren’t his fault. He tried seven players in the leadoff spot, with four of them starting at least 11 games there, but none succeeded: Zack Cozart (101 starts, .262 OBP), Brandon Phillips (28 starts, .254 OBP), Drew Stubbs (17 starts, .237 OBP) and Chris Heisey (11 starts, .269 OPB).

Cincinnati, meanwhile, scored 669 runs last season, which ranked ninth in the National League, and it surely would have scored more had there been more runners on base for the rest of its very productive lineup. With the lefthanded-hitting Choo batting first, Baker now has one of the game’s premier table setters hitting ahead of a lineup that is perfectly alternating left-right through the first six slots: Choo, Phillips, Joey Votto, Ryan Ludwick, Jay Bruce and Todd Frazier.

As for Choo leading off this year, “He’s the best we have,” Baker said. Prospect Billy Hamilton — who set a pro ball record with 155 stolen bases with a .410 OBP in High A and Double A last year — presumably is the heir apparent to the leadoff throne when Choo becomes a free agent after 2013.

Baker said Choo, who made 100 career starts as a leadoff hitter for Cleveland, has the skill to hit anywhere in the lineup. For his part, Choo says he doesn’t really care where he bats as long as he’s in the lineup every day.

For now, though, the Reds need him in a leading role.

It’s interesting to watch the three. Shoppach, the veteran, is obviously the most fundamentally sound, and also has obvious leadership qualities that catchers need to have. Zunino has never played a major league game, but seems to have the makings of a solid major league catcher. Montero seems to be defensively the worst of the three. He seems green. But the Mariners acquired him for his bat, so as long as he hits, it’ll be fine. He’ll probably end up being a full-time DH at some point anyway. 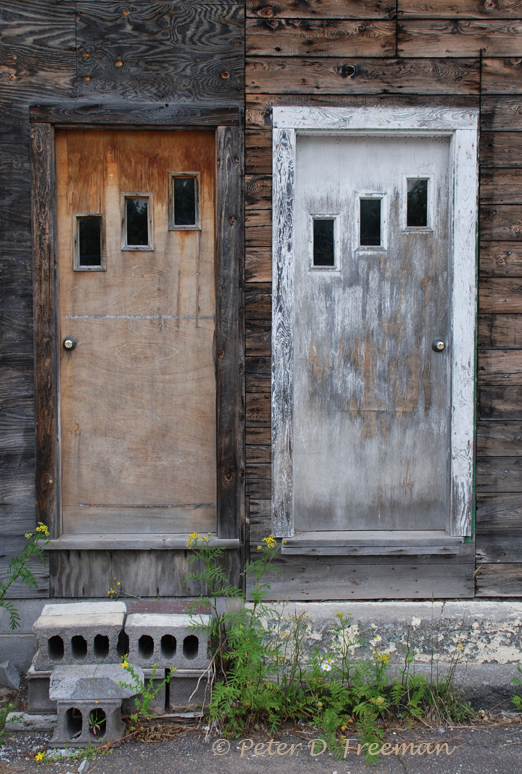 The following is a brain teaser:

You are being held prisoner. There are two doors in front of you.

The sign on the door on the left reads “There is a lady behind this door and a tiger behind the other.”

The sign on the door on the right says “There is a lady behind one of the doors and a tiger behind the other.”