70,000 people protest the construction of the new military base at Henoko Bay, Okinawa. Photo taken August 11, 2018, courtesy of AP.

The “Hanauma Bay of Okinawa” is under grave threat of destruction as the Japanese government and United States military continue construction of a new military base that, if completed, would pave over Henoko – Oura Bay in spite of the overwhelming peaceful resistance by the Ryukyu / Okinawan people.

The protests of the late Okinawan Governor Takeshi Onaga, elected on the basis of stopping the construction of the new military base, were largely ignored by both the governments of Japan and the United States, respectively. Governor Onaga had previously rescinded the permit for the landfill of Henoko – Oura Bay, removing any legal jurisdiction for Japan’s central government to continue with the construction. Then, on August 8th of this year, Governor Onaga suddenly passed away due to complications with pancreatic cancer. The intense stress of attempting to stop the base construction is said to have been a prominent factor in his sickness, as well as the illnesses and premature deaths of several of Okinawa’s previous governors. Onaga is being hailed as a hero of the Ryukyu / Okinawan people. 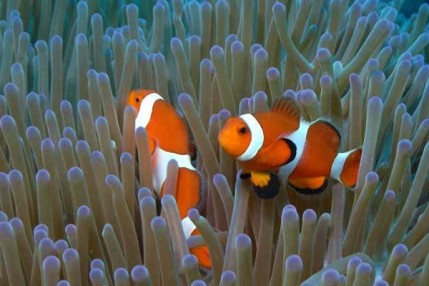 Henoko-Oura Bay is home to hundreds of rare and endangered species. Photo courtesy of Okinawaiken.org.

In a spot election to fill the vacant role of governor, the Ryukyu / Okinawan people overwhelmingly elected Governor Onaga’s handpicked successor, Denny Tamaki, in what has been termed the “biggest landslide victory in the history of Okinawa.” Tamaki, whose mother is Okinawan and father American, believes his American heritage will help him convince the U.S. government to stop the construction of the base, though Tamaki speaks little English and has never met his father. Tamaki’s election is being called a major step in the self-determination of the Ryukyu / Okinawan people.

The Japanese central government, however, has continued with the base construction despite Tamaki’s victory and Onaga’s revocation of the landfill permit. Japan’s Ministry of Defense filed a lawsuit using the Administrative Appeal Act demanding the Japanese government’s other Ministries review the revoked landfill permit, while also filing a petition to override Okinawa’s revocation. Rather than wait for the result of the petition, the Ministry of Defense has pushed through with the construction anyway.

“Without a doubt, this is the behavior of a conquerer,” wrote Ryukyu’s largest newspaper, the Ryukyu Shimpo. “It brings into doubt the foundation of Japan’s democracy.”

Henoko – Oura Bay is one of the few remaining habitats of the endangered Okinawan dugong. Photo courtesy of Science Magazine.

The landfill is the most hotly contended part of the construction, since it is the most environmentally destructive. If continued, it will destroy the natural coral reef of Henoko – Oura Bay, home to hundreds of rare and endangered species, including the Okinawan dugong. Clearly the Japanese government is hoping that by pushing through with the most controversial part of the construction before any legal measures can be completed, the Okinawan people will see resistance to the base as futile and give up their protests.

According to the Ryukyu Shimpo, the Administrative Appeal Act was passed with the intention of aiding private individuals against government organizations. For the Japanese central government to refer to itself as a private individual and file a lawsuit against Okinawa Prefecture is “a heavy-handed strategy many legal scholars consider illegal.”

Meanwhile, the U.S. government has avoided responsibility in the matter by stating that this is “an issue between the Japanese central government and Okinawa Prefecture.”

H.E. Leon Siu is the Minister of Foreign Affairs of the Hawaiian Kingdom. In 2017 he became the first Hawaiian nominated for the Nobel Peace prize. www.hawaiiankingdom.net

Rob Kajiwara is a Hawaiian Kingdom Special Envoy to China and the Ryukyu Islands. www.RobKajiwara.com